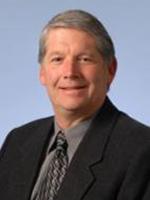 My work has focused on translational research in DNA damage and repair, specifically, to determine how those activities can be exploited therapeutically to treat cancers and protect normal cells from oxidative and DNA base damage. Since 1993, I have focused specifically on the enzyme apurinic/apyrimidinic endonuclease 1/ Redox effector factor-1 (APE1/Ref-1)—mechanistically as well as a therapeutic target in cancers and other diseases that manifest cancer-like properties. APE1/Ref-1 is unique to the Base Excision Repair Pathway (BER), with dual repair and redox signaling functions that are crucial to cellular viability. My work has been the first to tease apart those functions, not only to fully characterize them, but to also determine how to manipulate each function individually for therapeutic benefit. In doing the latter, I discovered and have been developing a redox-specific inhibitor of Ref-1, as well as second-generation analogs that are under further investigation. This original work was the impetus for becoming Chief Scientific Founder and Officer of Apexian Pharmaceutical, an integrated drug development company that’s leveraging the APE1/Ref-1 target platform to produce new therapeutics for some of the deadliest and hardest-to-treat cancers. Apexian recently completed a phase I clinical trial (NCT03375086) using its lead agent, APX3330 for oncology indications and anti-CIPN. Phase II trials are being developed. I am also exploring APE1/Ref-1 and BER for mechanistic and therapeutic opportunities in chemotherapy-induced peripheral neuropathy (CIPN) and other diseases. In broader terms, all the academic chairs I’ve held and the program leader and director positions I currently hold are dedicated to fast-tracking collaboration and translational research to find more effective cancer treatments. In my Associate Director positions, I also help equip the next generation of researchers by training and mentoring junior faculty, postdoctorates, fellows, MD students and others. • Molecular and cellular biology, biochemistry and translational applications of eukaryotic DNA base excision repair (BER). • Regulation and function of AP endonuclease (Ape1/Ref-1) in normal and cancer cells. The multifunctional mammalian APE1 is responsible for the repair of AP (abasic) sites in DNA. • APE1/Ref-1 is a multifunctional protein that has also been shown to function as a redox factor facilitating the DNA-binding capability of numerous transcription factors (Fos, Jun, HIF-1, NFkB, STAT3) as well as p53. • Studies of DNA repair genes involved in repairing base damage that occurs from oxidative and alkylation events in normal and tumor cells. • Studies relating to DNA damage and repair of neuronal cells resulting in chemotherapy induced peripheral neuropathy (CIPN); peripheral neuropathy and cognitive dysfunction ("chemobrain") • Redox signaling in mammalian cells. • Anti-angiogenesis therapeutics in cancer and non-cancer systems including macular degeneration and neo-vascularization. • Identification and development of small molecule inhibitors of both APE1/Ref-1's redox signaling and DNA repair functions. • Studying the role of APE1/Ref-1 in inflammatory bowel disease (IBD) based on Ref-1’s regulation of NFkB and HIF and the protective role it plays in neurons from oxidative DNA damage and inflammation. • Continued development of APX3330, a small molecule that blocks APE1/Ref-1's redox function for Phase I and eventual Phase II trials in pancreatic cancer and other indications.